The planting of another grove of trees commenced in January of 2021. See a short video clip of the planting underway on Jan 22 and 23, 2021.

The Horse Chestnut trees in Memory Grove are now in bloom. The planting of Memory Grove was completed one year ago on April 28, 2018. Click for video about Memory Grove. 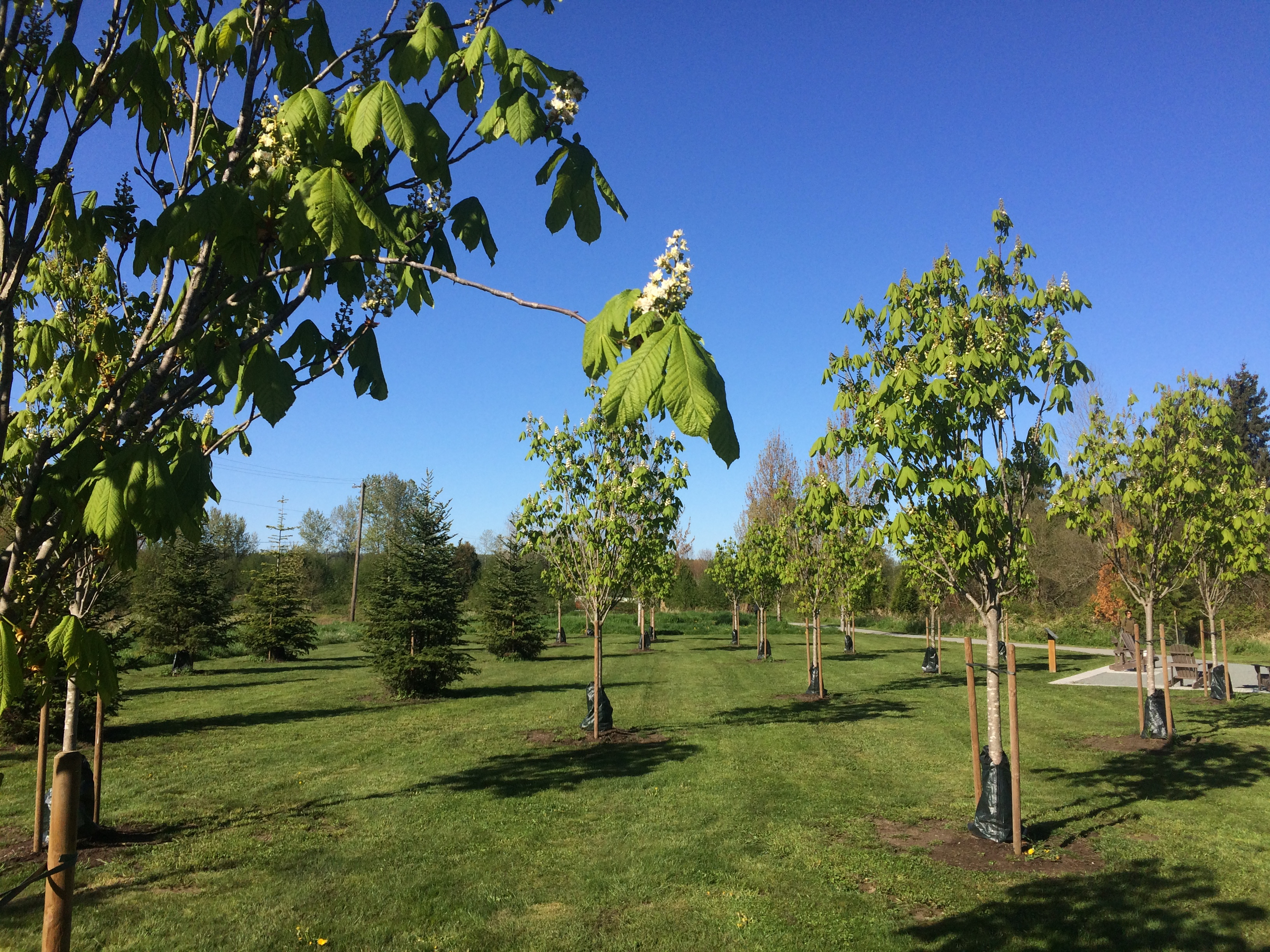 The Chestnut blossoms have appeared. A good time to visit Memory Grove. April 2019

Gar and Marg Wildeman brought Christmas to Memory Grove with decorations for their family tree, ‘One Fir All”. Merry Christmas to All! 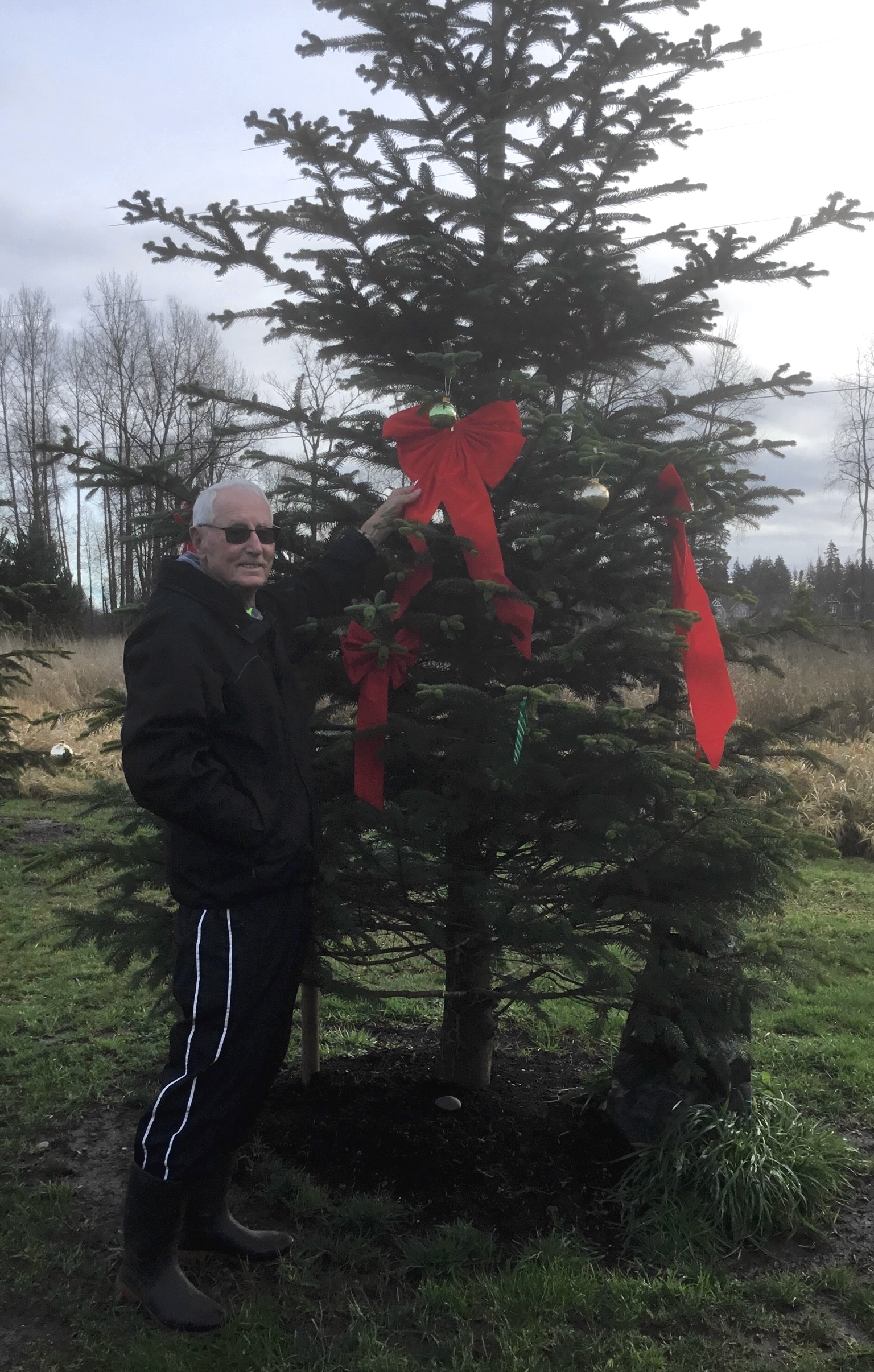 Gar Wildeman with family tree, ‘One Fir All’, in Memory Grove.

Thank you to Mark Steier (Remarkable Yard Maintenance) and Howie Vickberg for replanting a western red cedar where one didn’t survive the first six months of the grove planting. All 29 other trees in the grove are in great shape. 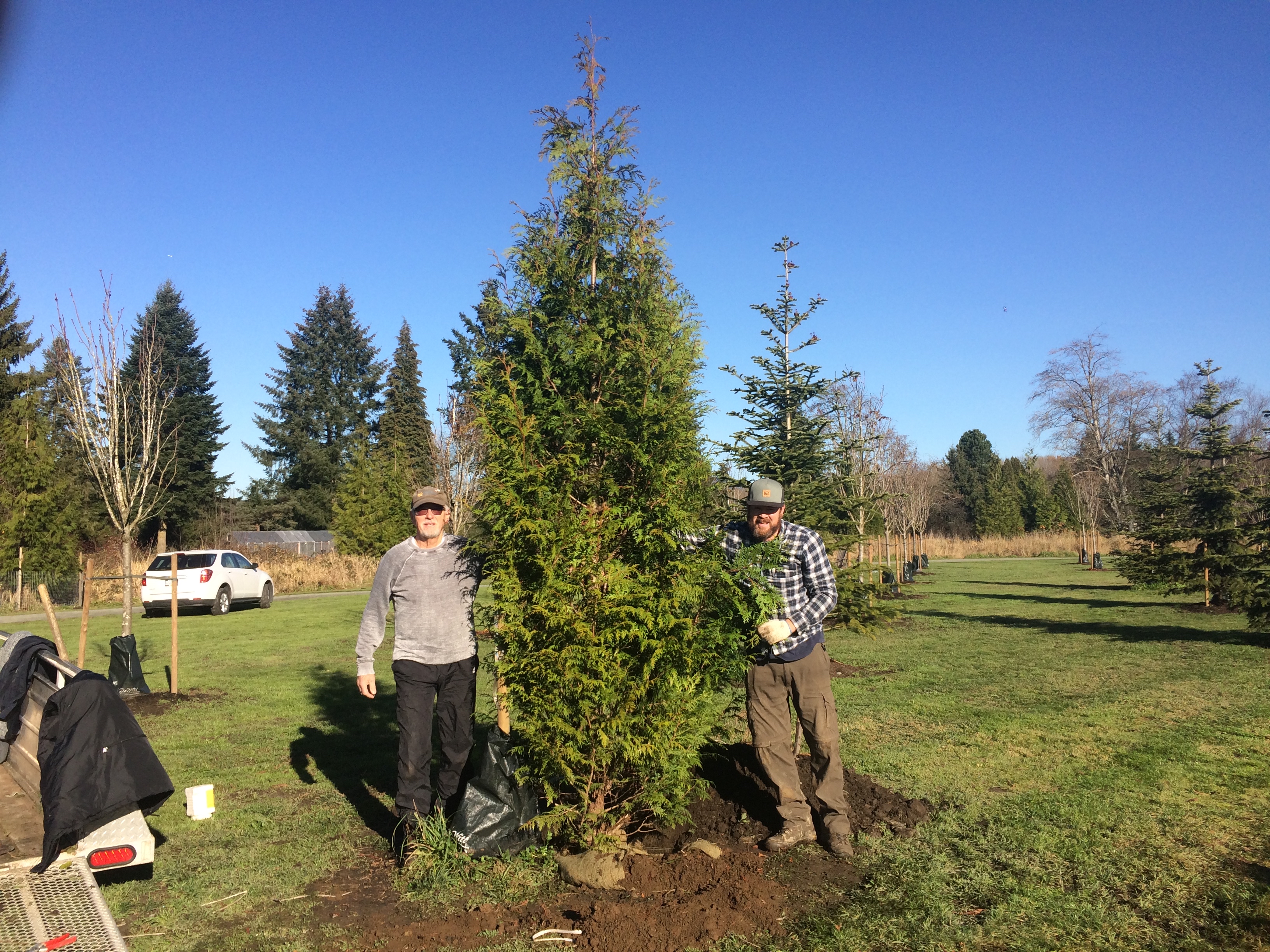 The Birthplace of B.C. Historic Trust is pleased to release “Memory Grove Highlights“ a short video of the community tree planting project in the Salmon River Natural Area. Fort Langley is also home to Canvas Rd Productions who created the documentary.

Langley water excursion much like journey made by fur traders 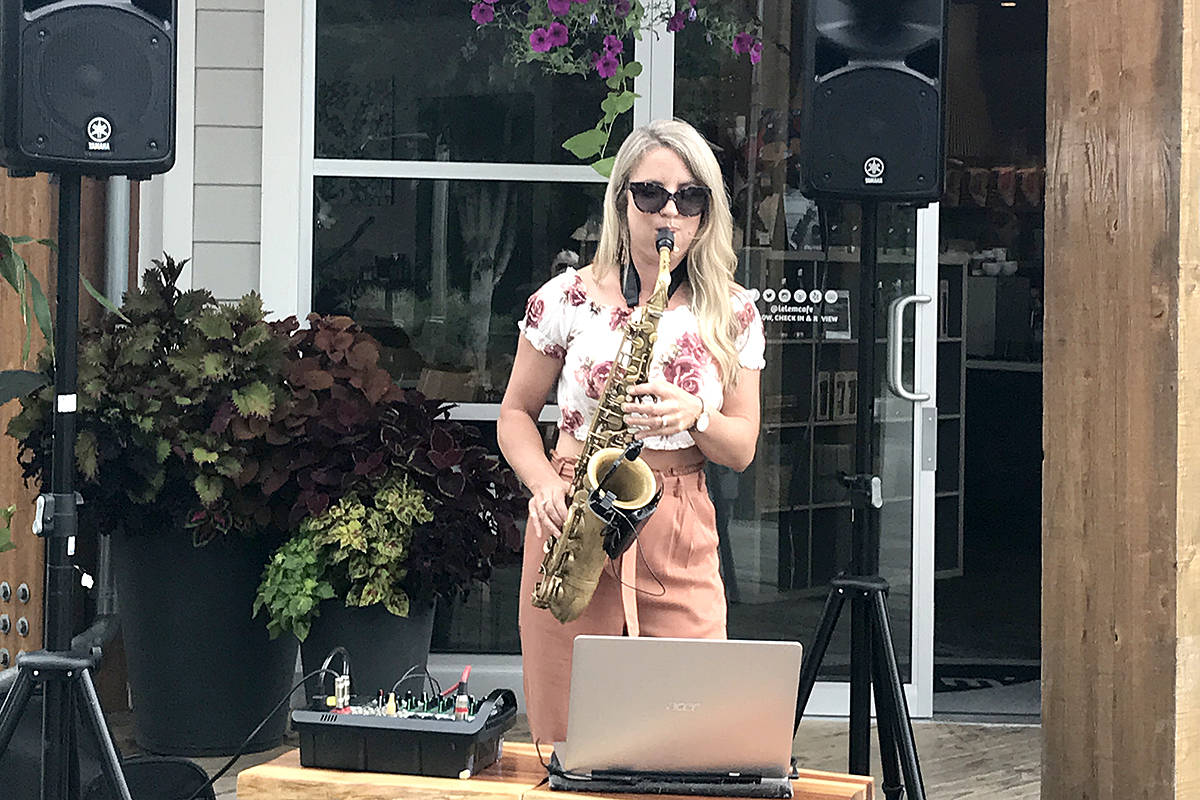 A few days ahead of Brigade Day in Fort Langley, a few locals were given a rare experience on the local water. Five “lucky” passengers were taken on an 8.5-km sunset cruise around MacMillan and Brae Islands on Thursday.

What made the experience even more special was the mode of transportation, explained Bedford Rowing Society’s Brenda Sleightholme. These folks, who won the excursion in an auction this spring, enjoyed their cruise in the Brenda A, a replica York boat named after a late Fort Langley volunteer and personality, Brenda Alberts. “The guests replaced the usual cargo of beaver pelts and gold mining supplies,” Sleightholme said, explaining how the rowing society built the boat to carry on the legacy of the Hudson Bay Company boat builder Samuel Robertson.

“Robertson brought his boat building skills from the Orkneys in Scotland and is buried in the Fort Langley Cemetery,” she said, elaborating on the history.

The leisurely row around the island was part of the Memory Grove gala held at the Fort Langley Community Hall in April. 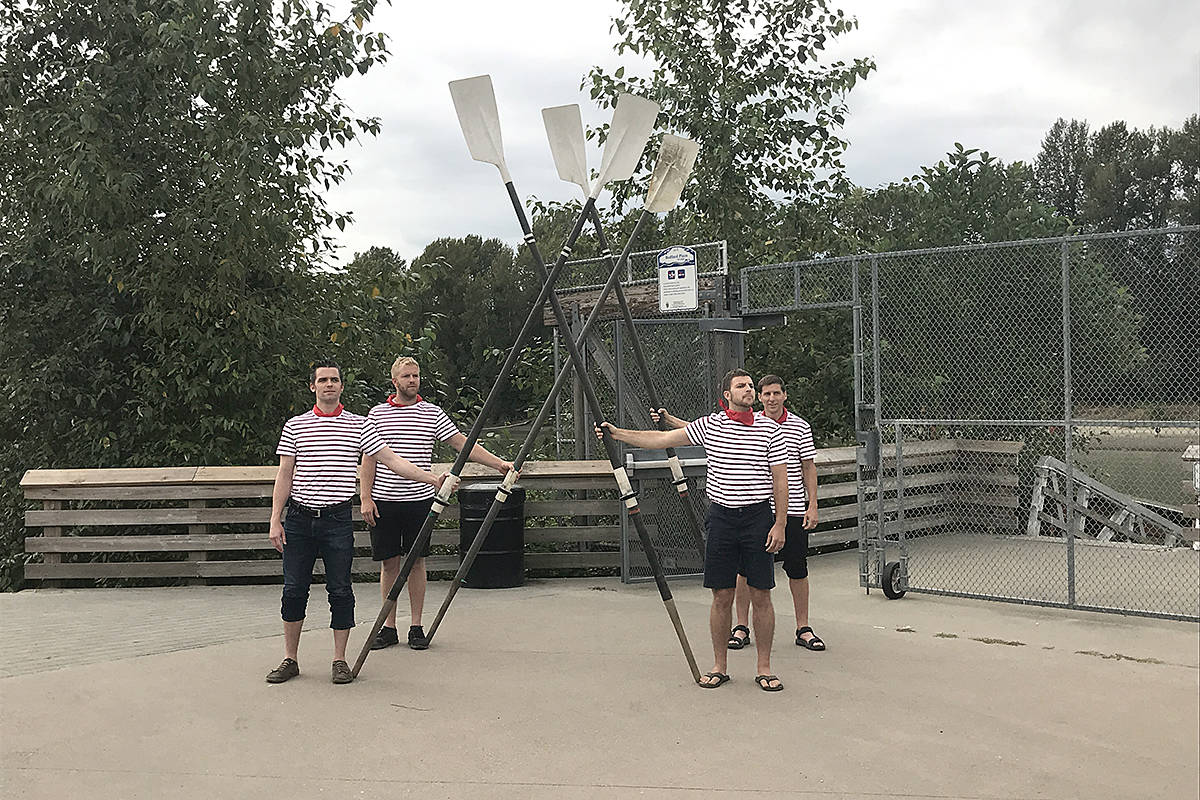 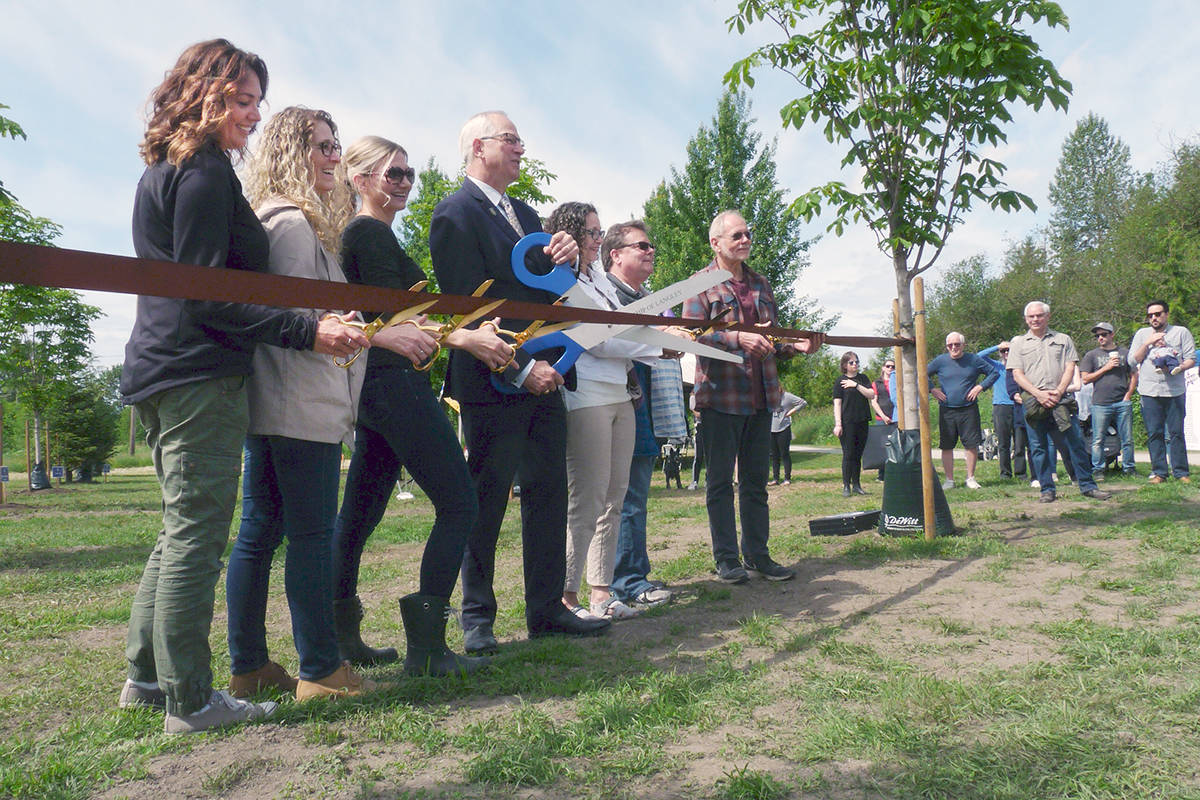 A “feel-good project” that brought community together, organizer said

The new Fort Langley Memory Grove officially opened Saturday in Fort Langley with a ribbon-cutting, plaque unveiling and a fly-past.

Thirty trees have been arranged as a place to stop and relax on the Salmon River Trail between the Fort to Fort Trail and Billy Brown Road.

Each tree has their own name, many of them whimsical like “may contain nuts,” “bloomers” and “where pigs fly.” “We wanted to give personalities to the trees so everyone who sponsored a tree was asked to select a name,” said Kurt Alberts, one of the organizers of the project.

Fort Langley resident Janel Doyle named one tree after her son, Linc, as a way of expressing in literal terms how her family has taken root in Fort Langley.] “He’s the most important thing in our life,” she said of her son. “It gives him a legacy. No matter what happens in life, he’s got a place to come (visit) and he’ll always have the memories of being in Fort Langley.”

The project was inspired by the legacy left nearly a century ago by Dr. Benjamin Marr, who planted trees in front of the Marr House and the Fort Langley Cemetery on Glover Road that have grown to form a towering canopy over the road. Marr planted 17 Horse Chestnuts on the west side, and seven Horse Chestnuts, alternated with Western Red Cedars, on the east side. In the cemetery, more Western Red Cedars were planted to form the backdrop for the cenotaph, along with Rhododendrons.

Alberts said the inspiration to build on that legacy goes back to a meeting he had with Dr. Marr’s son, Bill Marr, a number of years ago. Bill, who passed away at the age of 100 in February, was only four-years-old when his father planted the heritage trees.

“It was a feel-good project,” Alberts said, one that brought the community together. Alberts said pulling off such an ambitious legacy project required a lot of volunteers and businesses to come together. “It’s one thing to have an idea, but its one thing to actually make it happen,” Alberts said. “The dollars are pretty significant.”

If it wasn’t for the success of the Grove fund-raising gala on April 19, “We wouldn’t have been able to pull this off,” Alberts said. Alberts estimated the cost at about $50,000, not including the pro bono efforts of Mark van der Zalm, whose landscaping company donated staff and time.

Van der Zalm, who was MC at the opening, said the Grove would provide “a node on the trail where people can stop and rest for a moment.” Township Mayor Jack Froese called it a “very special project” that will benefit future generations “It’s great to see this grove come to life” Froese said.

Alberts presented a community spirit award to Lee’s Market for their support of the project. Following the ribbon cutting, there was a fly-past by the Fraser Blues formation flying team. 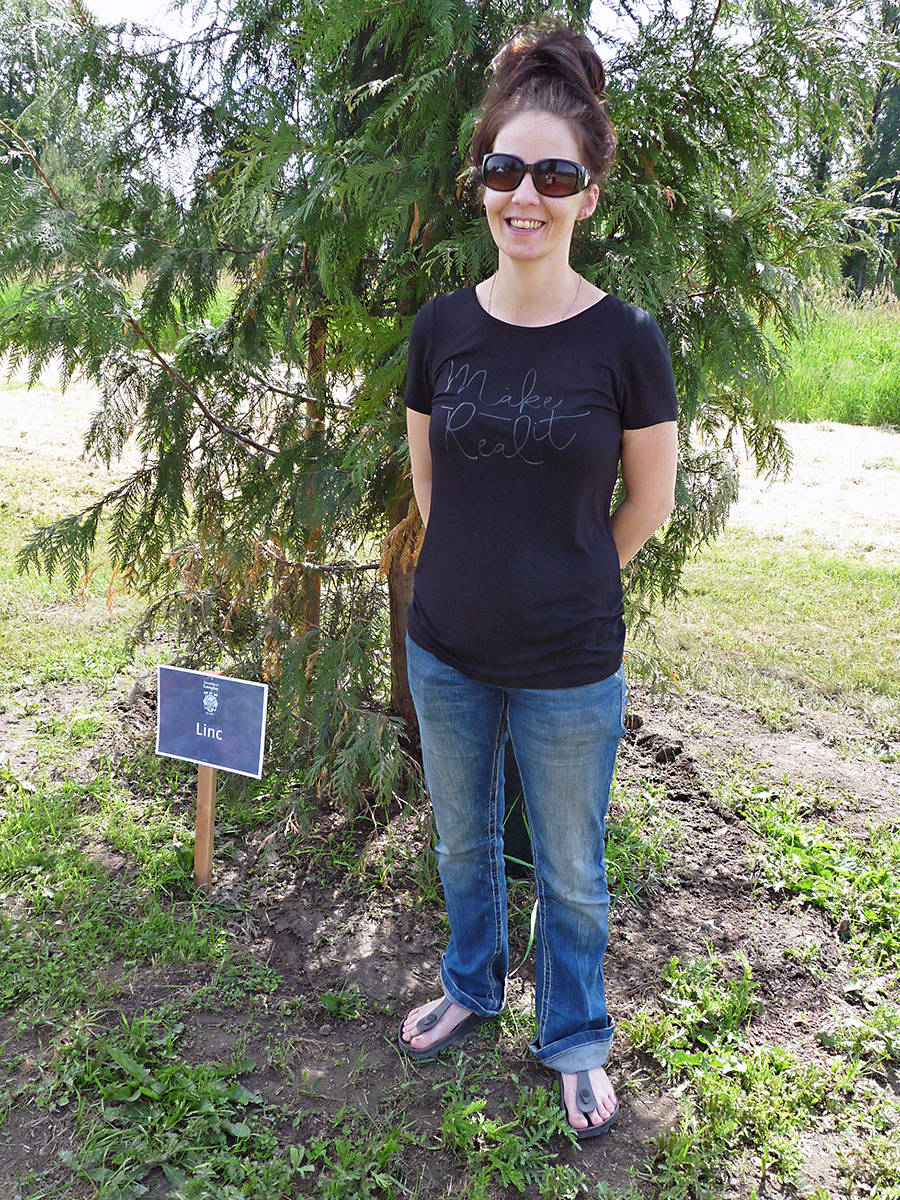 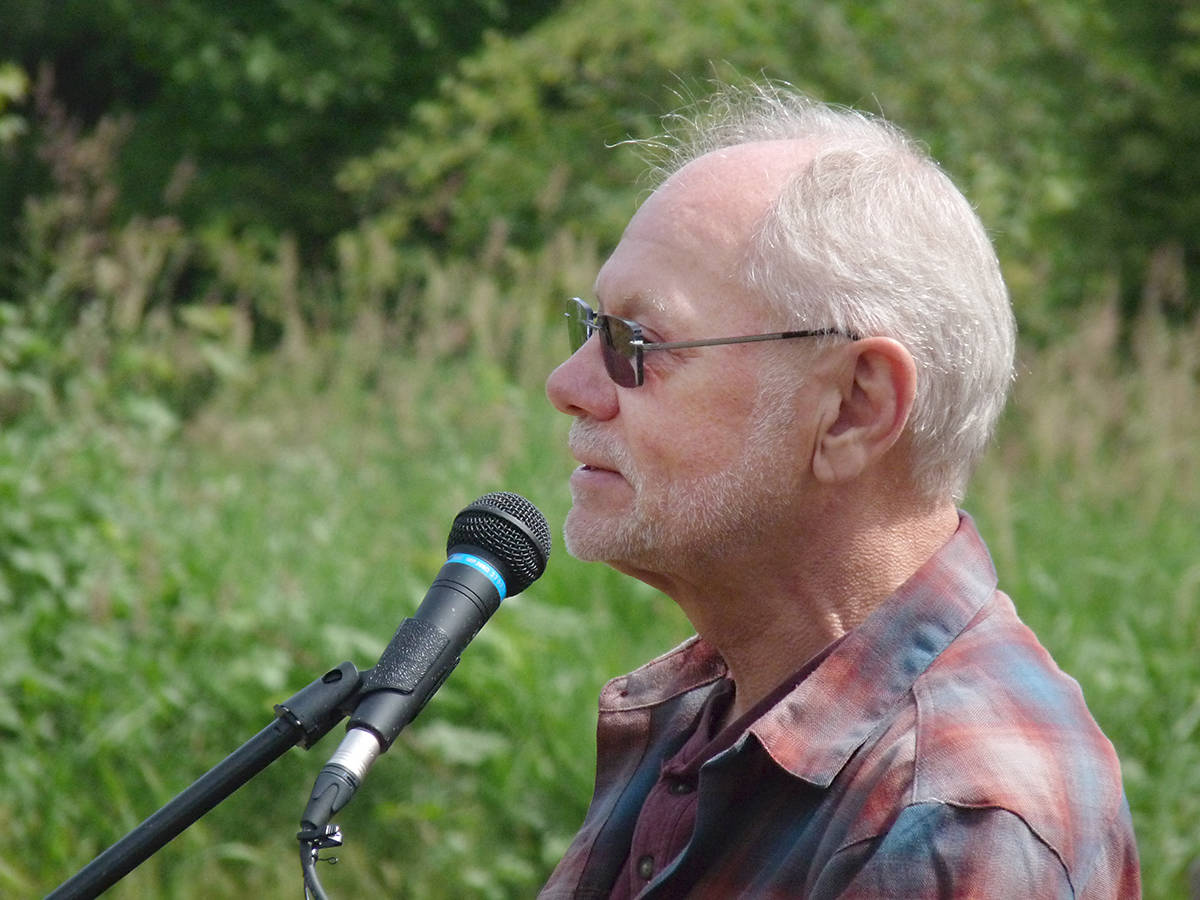 Kurt Alberts described it as a “feel-good project” at the official opening of the Memory Grove. Dan Ferguson Langley Times 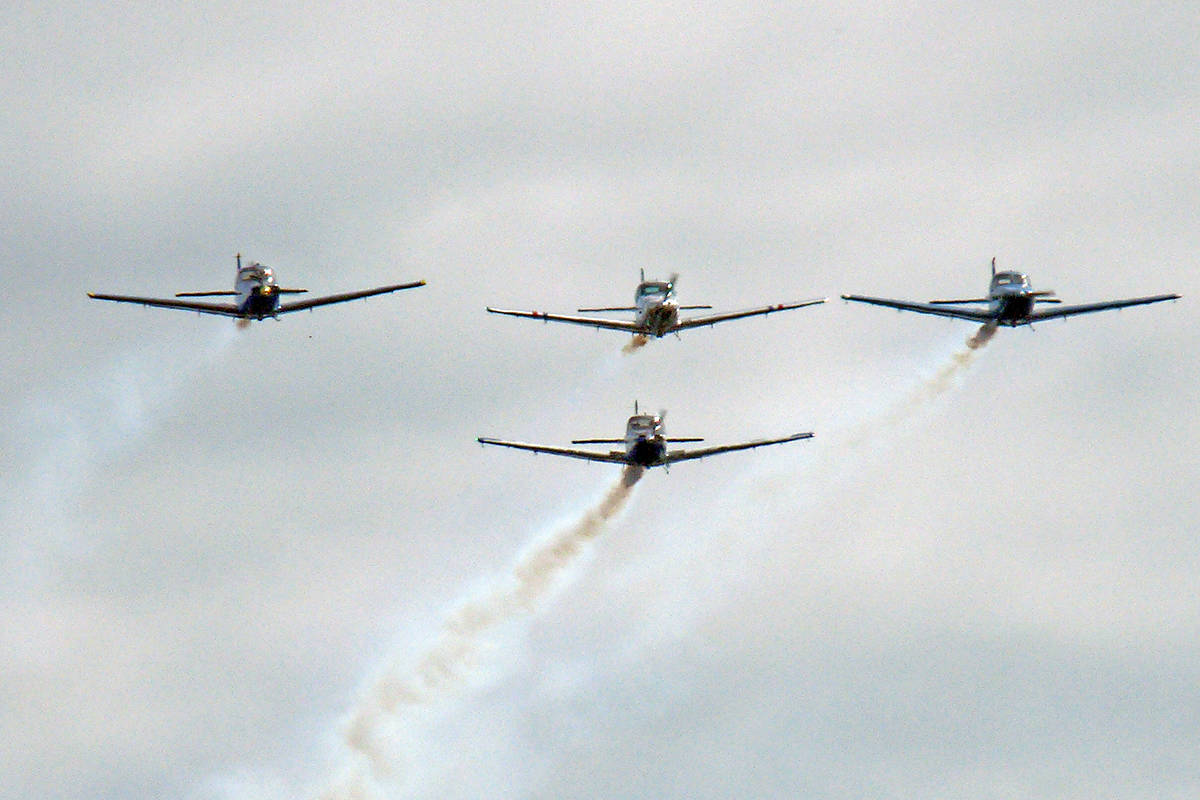 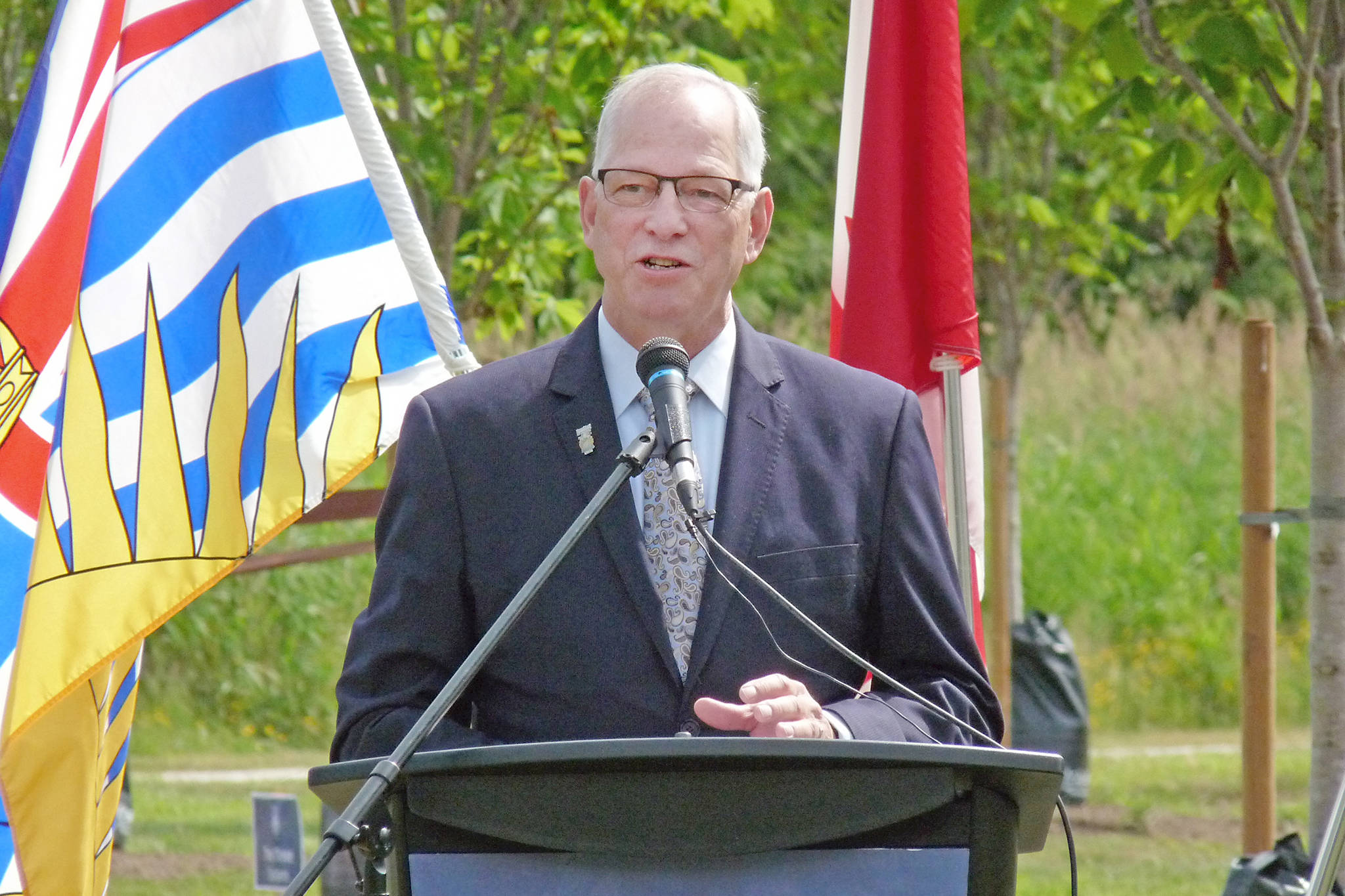 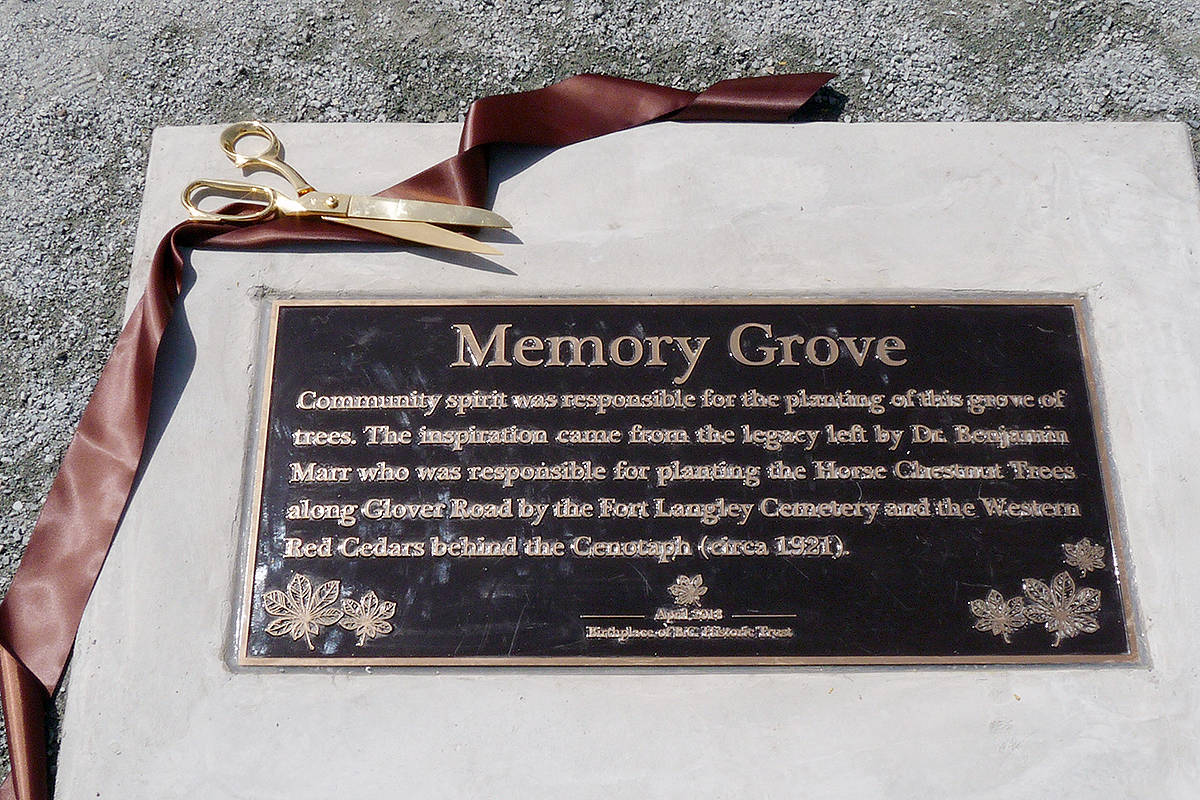 Thank you to everyone who came out today to celebrate the completion of Memory Grove. 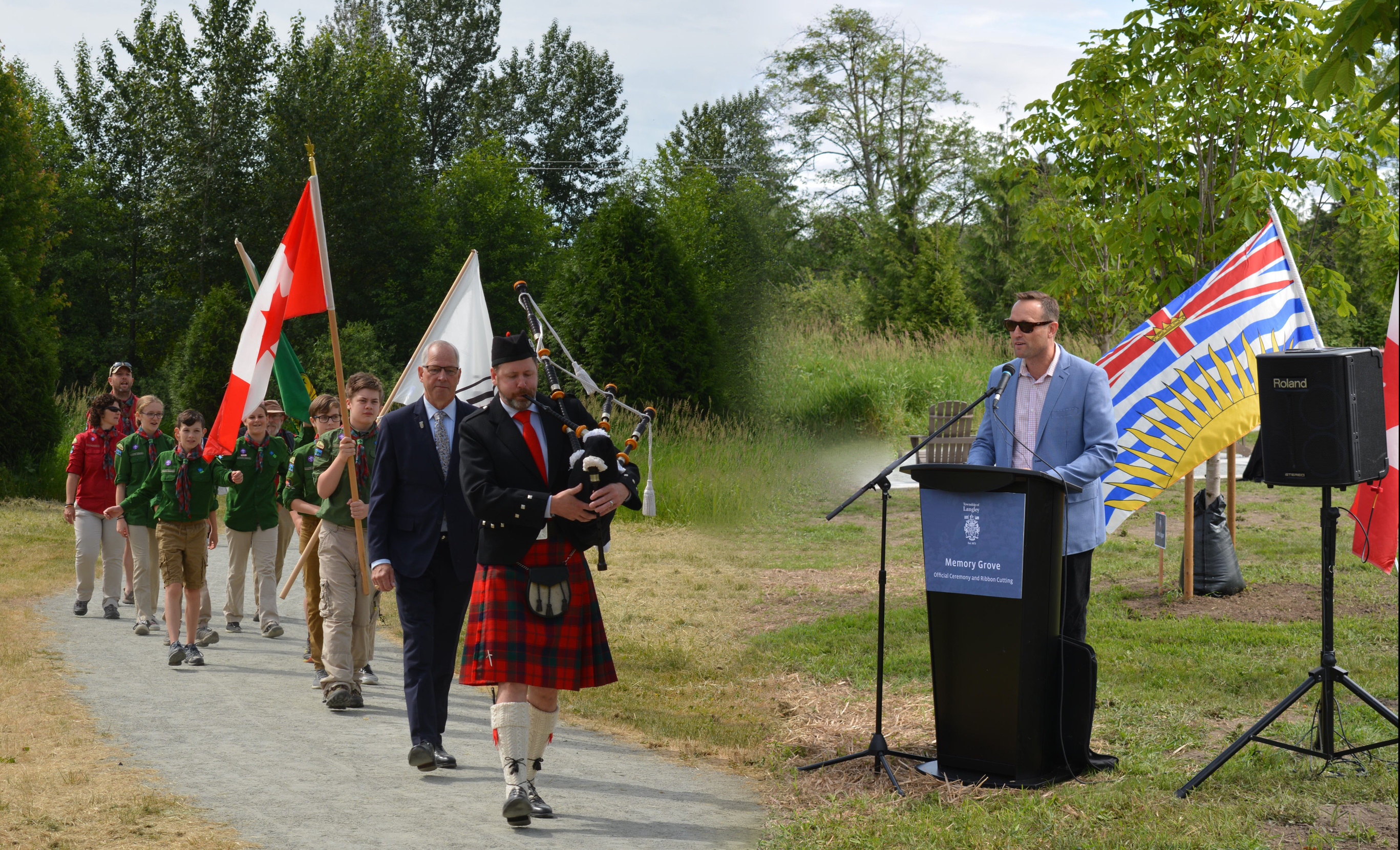 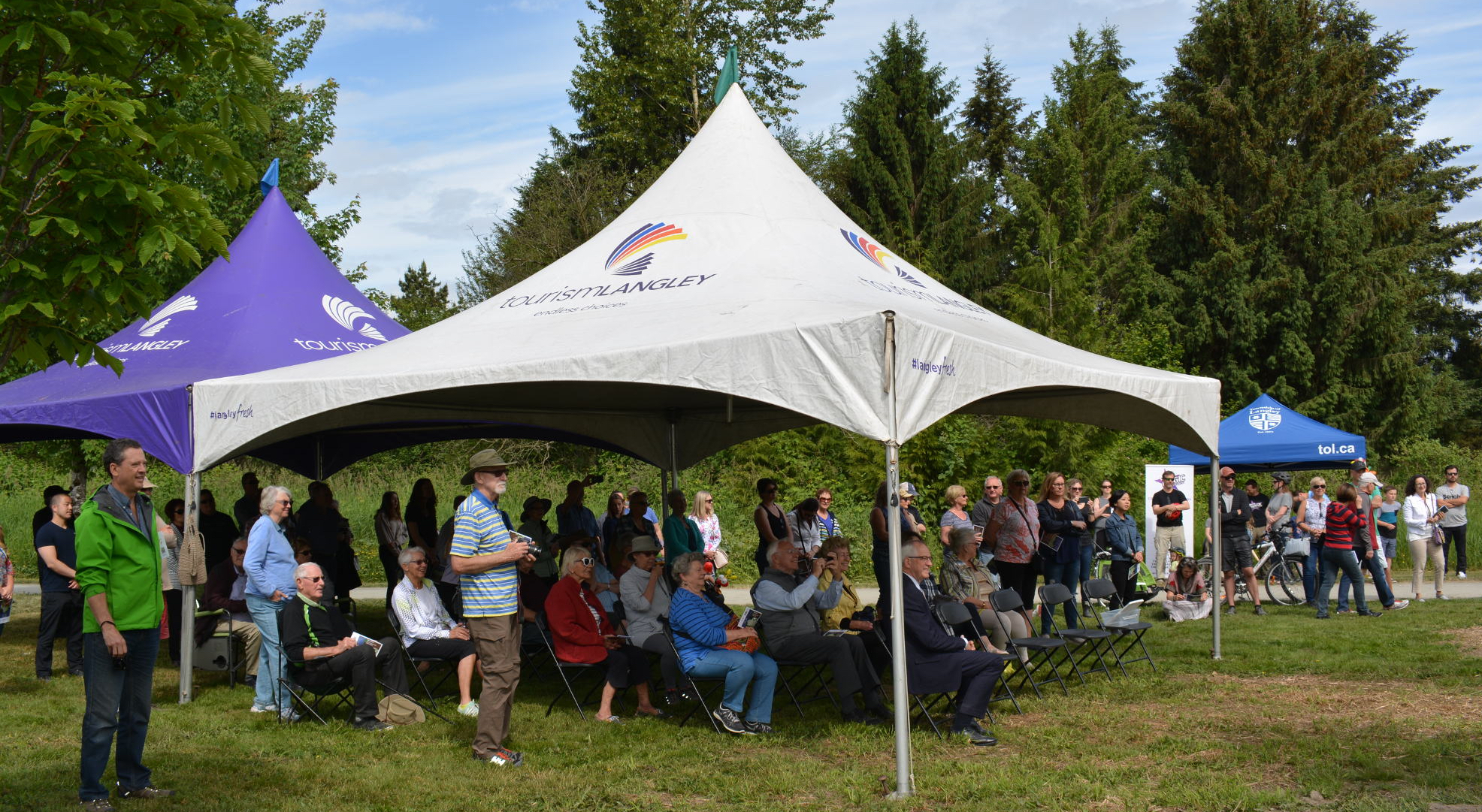 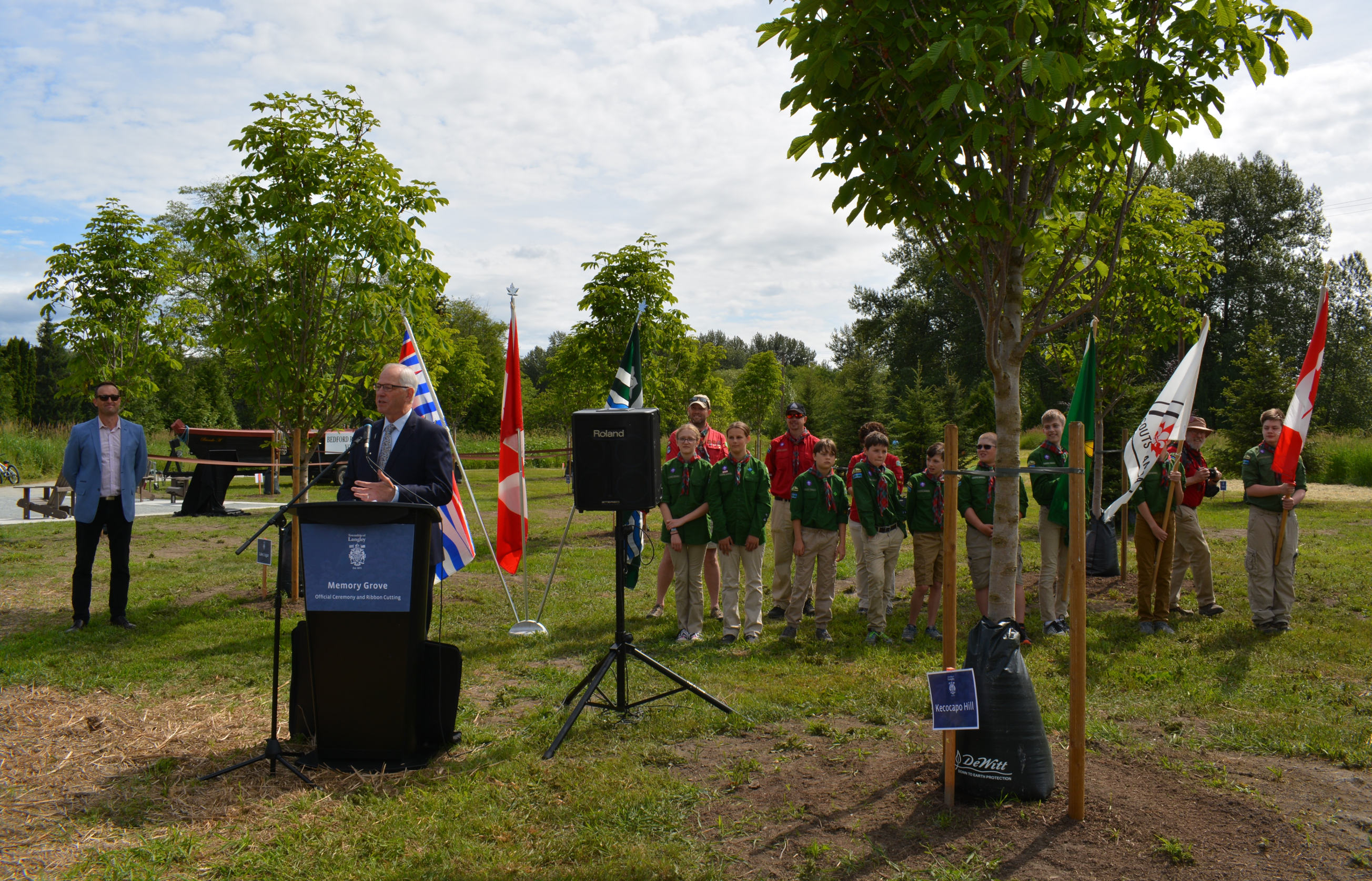 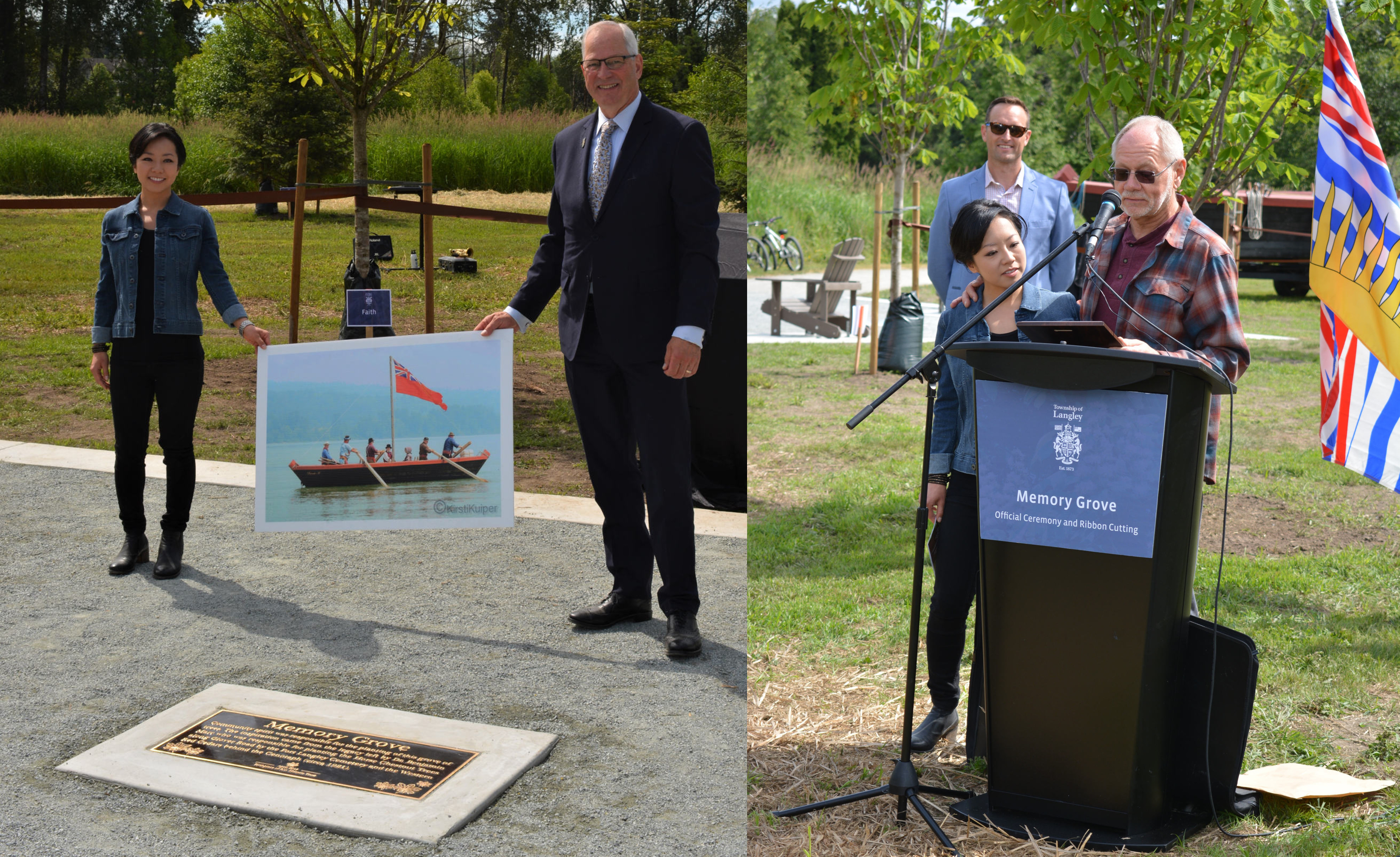 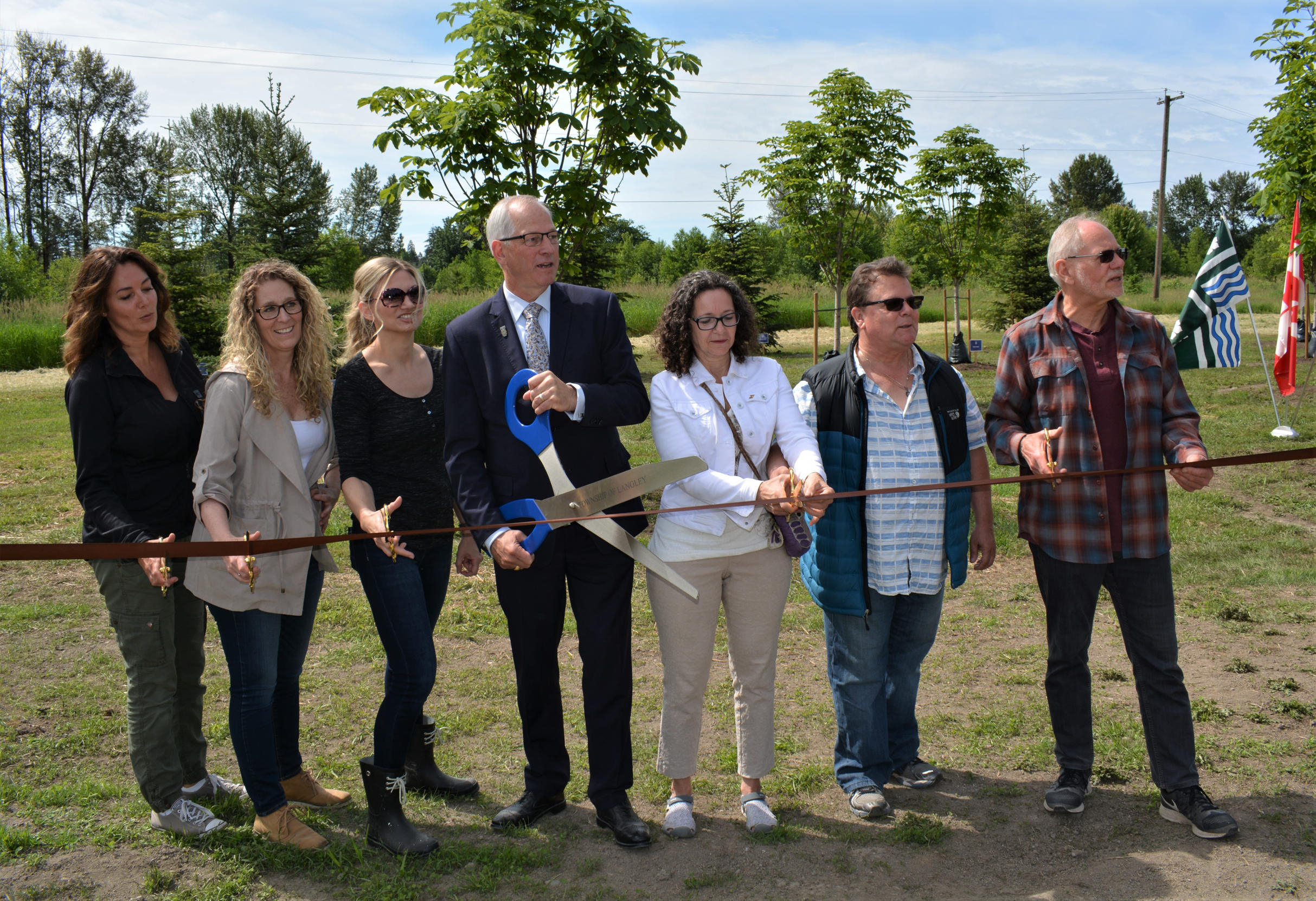 The Arbour Board with Mayor (Big Scissors) Froese 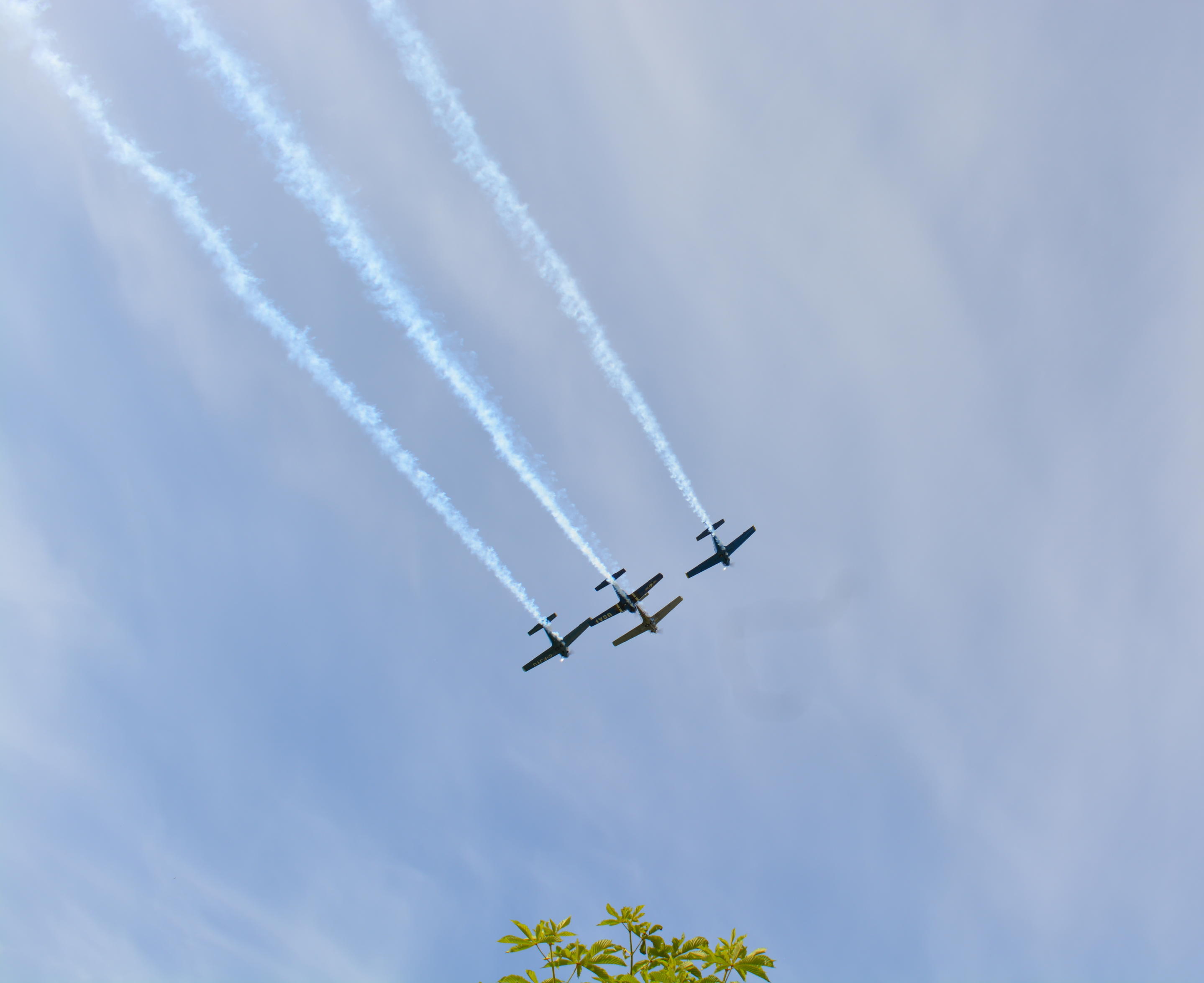 You are invited to the official ribbon-cutting ceremony to celebrate the planting of Memory Grove on:

Sax in the Grove by Karla; Balloon Twisting by Damien; Bagpipes by Mark Robertson; and Fly-Past by Fraser Blues.

The site is a walk-in location on the Salmon River Trail between the Fort to Fort Trail and Billy Brown Road (1.1 km from downtown Fort Langley or 0.5 km from Billy Brown Road)

Memory Grove is a community initiative made possible by donations and community spirit with the assistance of the Township of Langley, VDZ Landscape Architects, Bedford Rowing Society and Birthplace of B.C. Historic Trust. 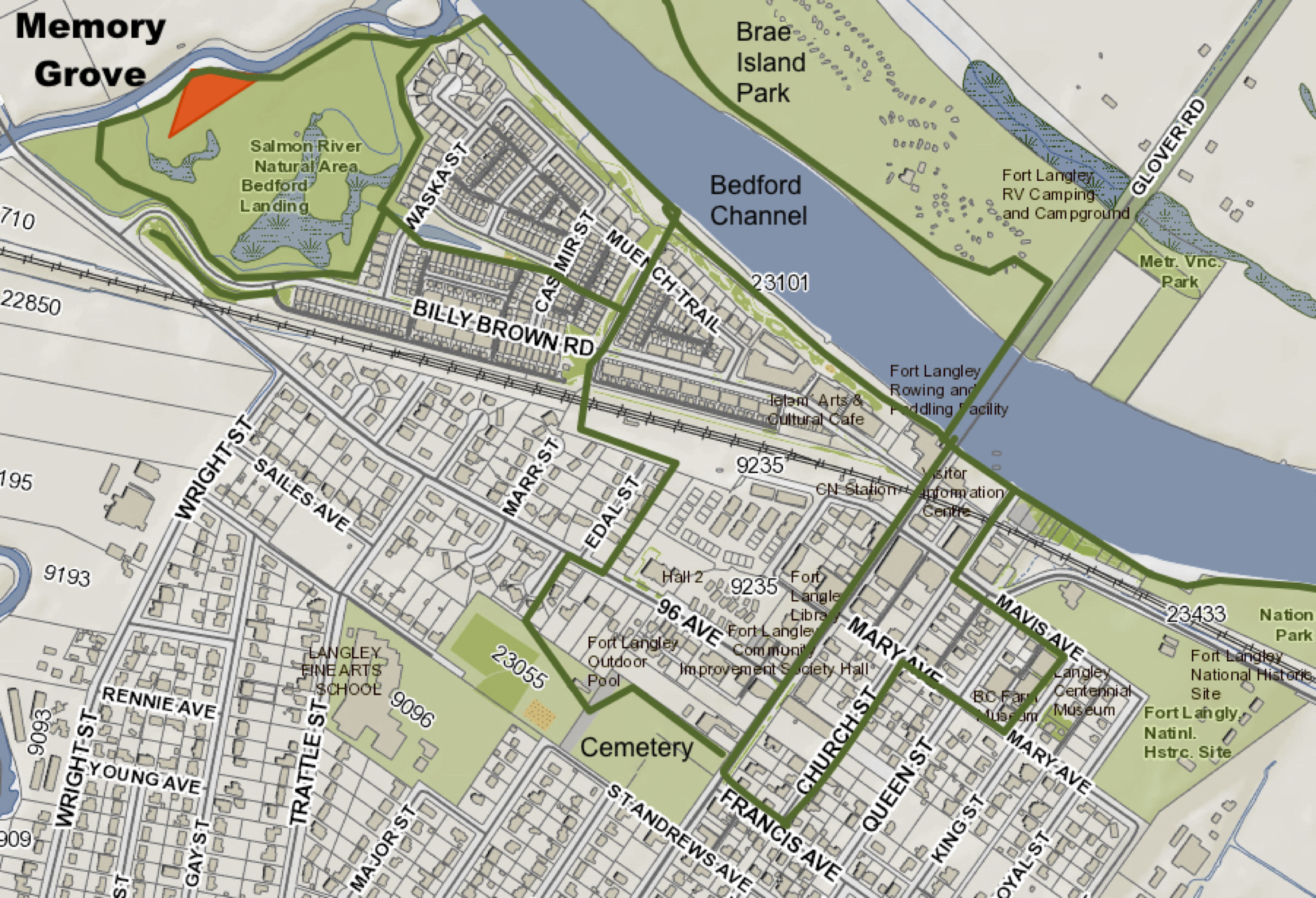 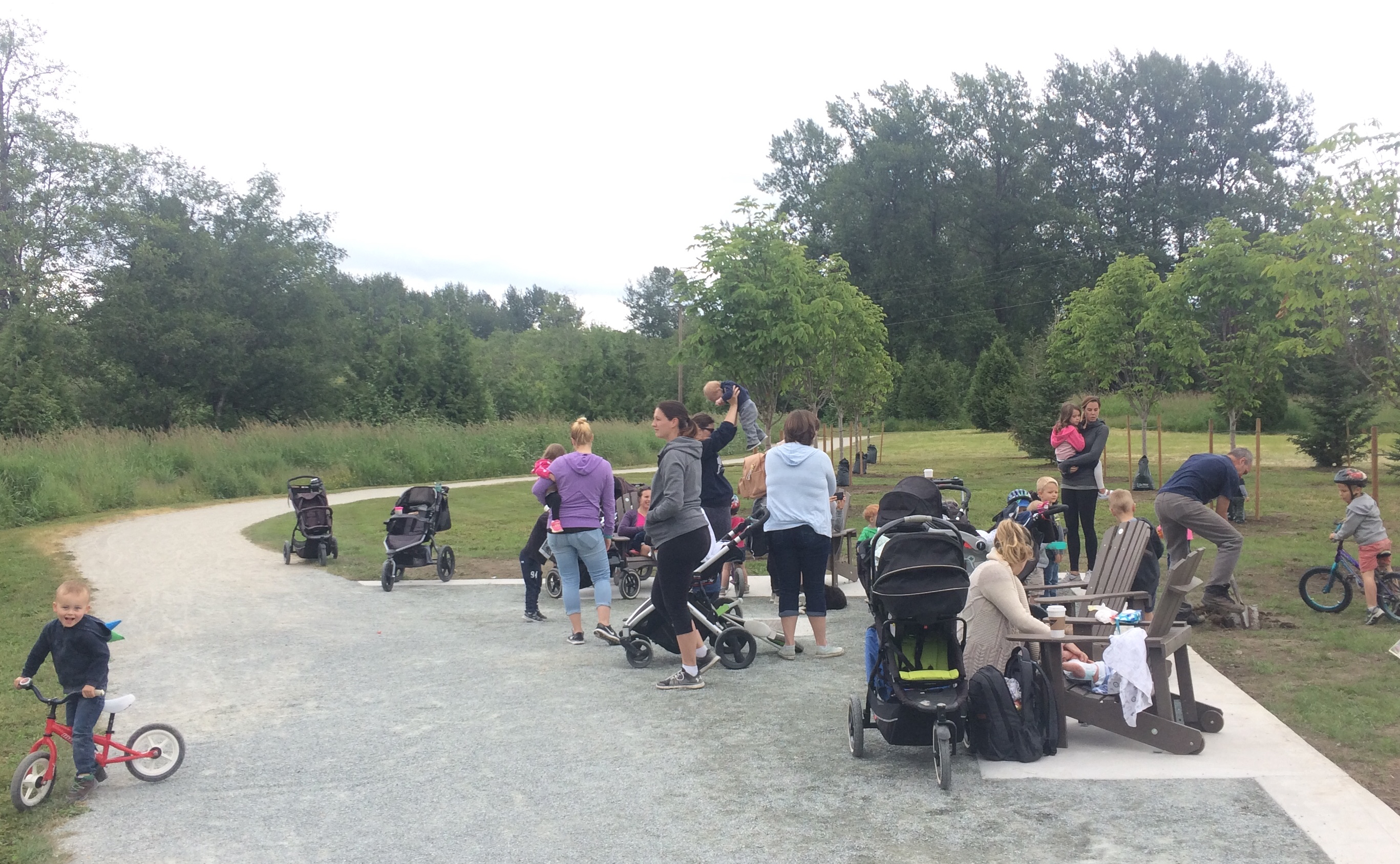 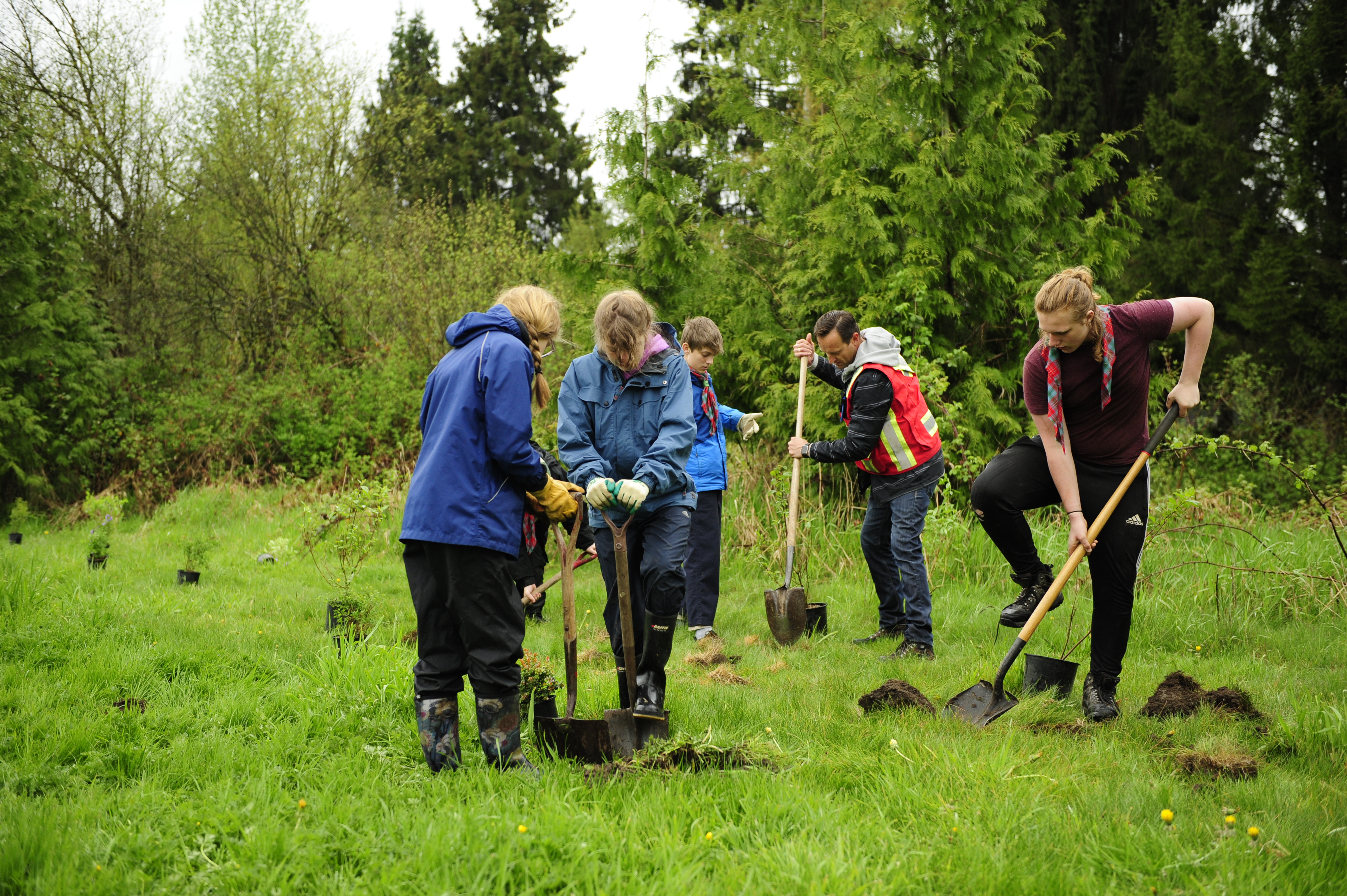 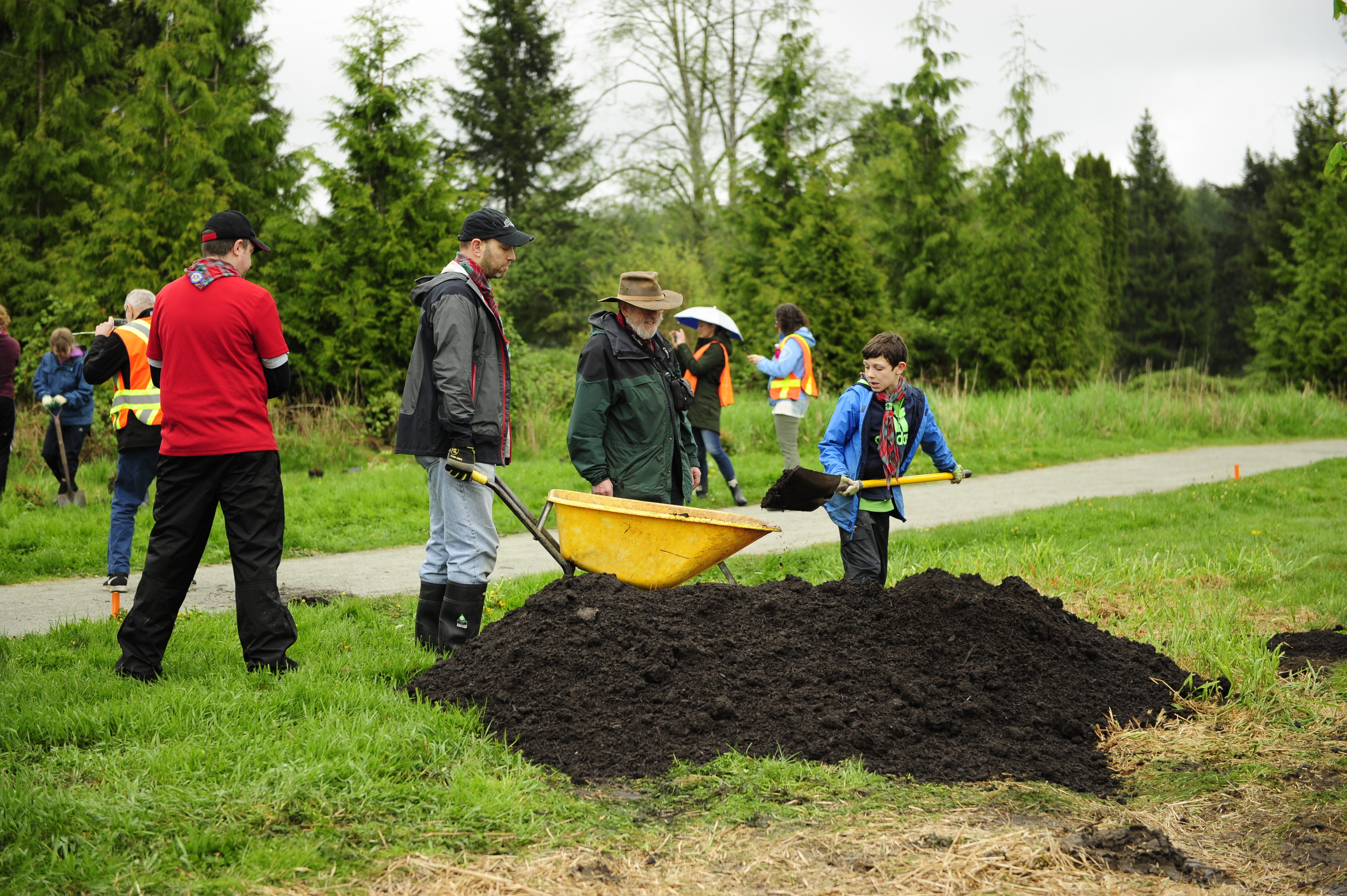